I‘ve been painting my nails since the age of six (that’s when my Mum could trust me not to spill it everywhere…and I still did.) I’m sure this is the case for most people. It’s a fun activity to sit down and paint your nails with friends, or freshen up your look for the week ahead. Even with so many people painting their nails on a daily basis so many of us remain oblivious to the toxins and chemicals that are hidden within our nail polish. 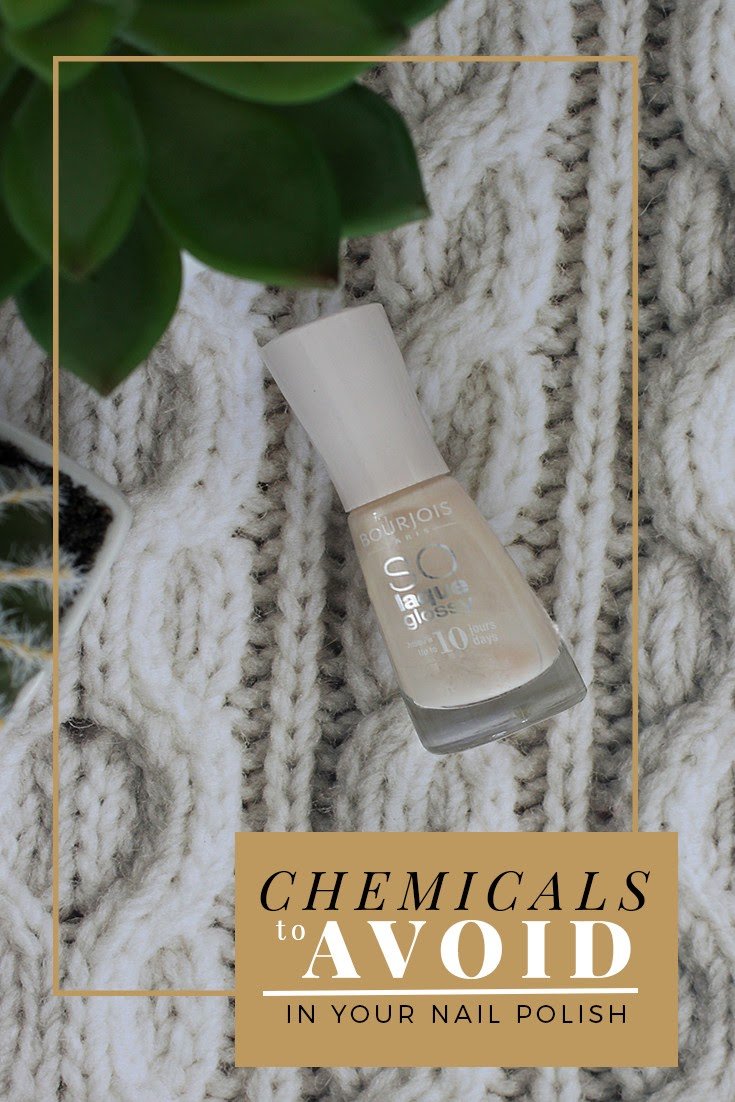 To be honest, I’m a pretty lazy person when it comes to maintaining my image – including getting regular hair cuts, dying my hair, plucking my eyebrows and painting my nails. Luckily I was still able to find someone that loves me for who I am and not for my perfect hair.

Nail polish is something that I enjoyed to use when I was younger. Around the age of 12-15 I would paint my nails on a regular basis. It was time consuming and annoying because I would manage to chip off the nail polish within 24 hours of applying it. Since then it’s been a more sporadic occurrence. Applying only if I’m very bored. In 2016 I think I applied nail polish a total of two times. It wasn’t because I was concerned about the chemicals within it at the time… but as time moved on I became more aware of the toxins within traditional nail polishes and became more turned away from them.

I wanted to verify information on TPHP and searched through Toxnet as well as Pubchem to see if there was any further information regarding toxicity. Although I could not find another article to verify that upon application the concentration of DPHP was higher after nail polish application, I did find that after continual exposure to TPHP there was red blood cell loss among laboratory tested animals and humans.

If you are applying nail polish regularly there is potential for this to be more potentially harmful than if you only apply nail polish a couple times a year. It is important to know that TPHP is a class of Organophosphate Flame Retardants (OFR’s) and can be found in normal household items such as couch cushions and anything treated for flame retardants, these are important to have in case of a fire. Even if you do not use nail polish regularly, you are most likely being exposed to OFR’s on a daily basis.

Have you ever opened up a bottle of nail polish and thought “Wow, this is going to give me a headache!” Well, you might have been inhaling the lovely odour of Styrene. Styrene has a a very strong scent and is used as a binding agent in nail polish. In 1994 the International Agency for Research on Cancer (IARC) confirmed that Styrene is classed in Group 2B (Possibly carcinogenic to humans.) Then in 2004 it was stated to be a carcinogen and in 2014 declassified as a human carcinogen. Therefore it seems to be a widely debated chemical.

Styrene has shown to cause nausea, headaches, eye irritation, skin irritation and negative effects on the central nervous system after long-term exposure. Interestingly, although it has not been officially classified as an endocrine disrupting (hormone disrupting) chemical, studies have shown that continual exposure can lead to more miscarriages and less pregnancies for women. Styrene is one of the chemicals found in Sally Hansen’s Diamond Strength No Chip Nail Colour along with TPHP. (As of researching on Jan 11, 2017.)

Is another stinky ingredient found within common nail lacquers that is formed naturally from volcanic smoke and crude oil. This chemical can be used by people to get high as it can provide a temporarily euphoric feeling. Toluene is also produced from the burning of cigarettes. In 2015, Toluene was officially removed as a contender to be a possible carcinogen due to lack of evidence. However, Toluene could be contaminated with Benzene which is a known human carcinogen.

Toluene can be absorbed into the body through inhalation, ingestion and contact with skin and is linked to eye irritation, dizziness and headaches as well. There evidence to show that Toluene could also cause some effects with developmental health. Women who were pregnant and exposed to Toluene did experience issues with their births – such as growth problems and even miscarriages. Women who are not pregnant and are exposed to Toluene can be affected with menstrual disruptions such as abnormal bleeding. Although small amounts are unlikely to affect you, if contact with Toluene is a regular occurrence it could lead to central nervous system damage. Toluene can be found in the OPI Base Coat, Top Coat and Nail Strengthener. 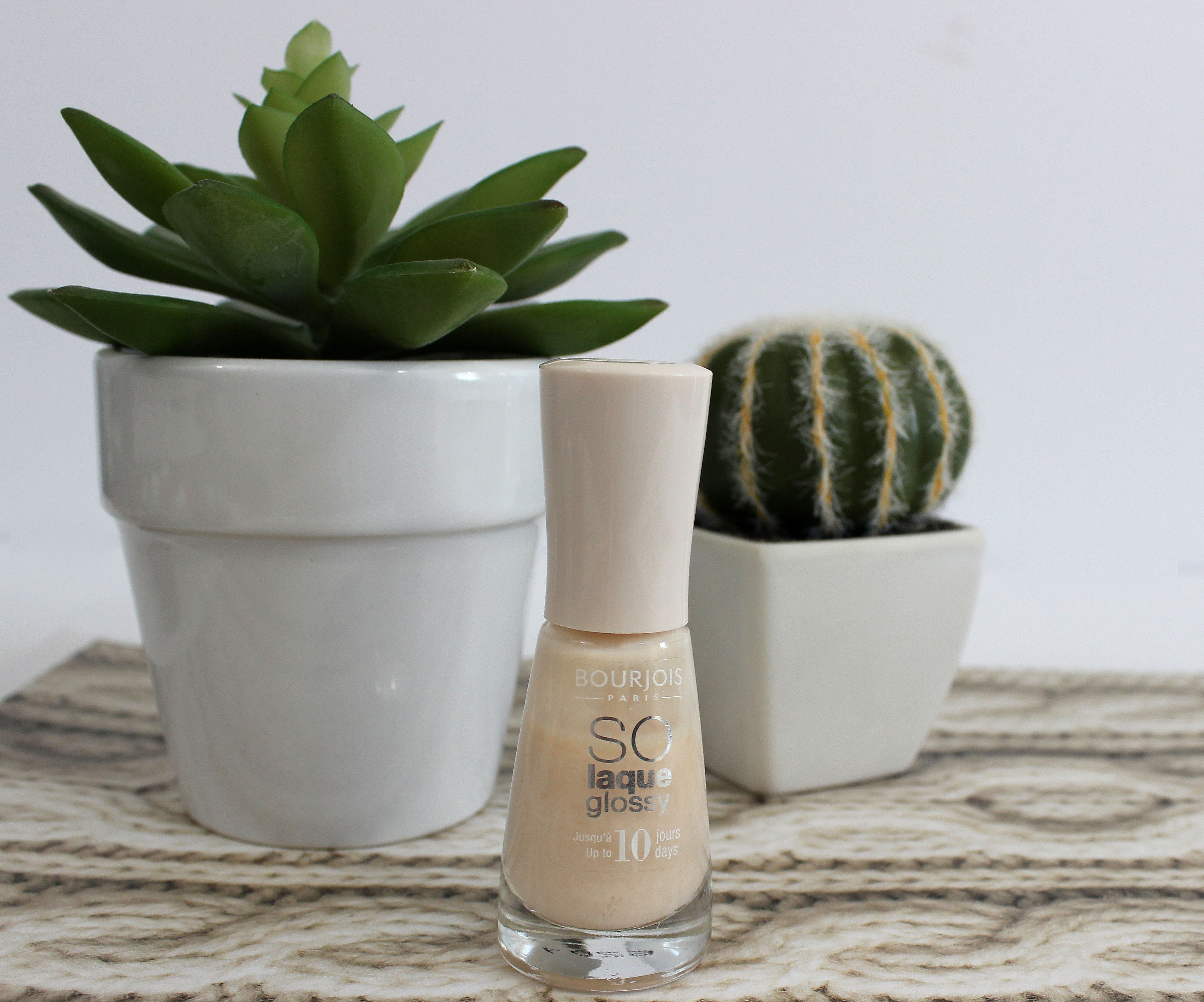 Yes, unfortunately there are some nail polish companies that still have Formaldehyde within their nail polish formulas. Luckily now that people are concerned about the ingredients in their cosmetics the amount of popular nail care brands that do have formaldehyde has decreased dramatically. Formaldehyde is a known human carcinogen and contact should be avoided at all costs.

Dibutyl Phthalate is used in nail lacquer to help prevent it to become brittle or crack. It is commonly hidden under the guise of “fragrance” which companies are allowed to keep private from consumers as they are “trade secrets.” The EU has classified DBP as a known endocrine disruptor and has banned the use of it in Cosmetics. However, it is not restricted in Canada and the US. [To learn more: DBP from David Suzuki.Org]

Yes, I know you’re probably thinking well if I paint my nails once a week it can’t be doing anything to harm me. “You’re overreacting!”

And yes, you’re probably right. These chemicals are all dangerous at high concentrations. Painting your nails once a week or even once a month is probably not likely to harm you. This post is not an attempt to tell you to ditch your favourite nail polish, it is intended to educate you. In the end, whether you choose to ditch traditional nail polish companies such as OPI, Essie and Sally Hansen is entirely up to you!

Piggy Paint is kid-friendly and available from Well.ca for $11.99 CAD or direct from their website for $7.99 USD. Piggy Paint has also launched a brand called SOPHi which is targeted more toward adults (and doesn’t have a pig on the bottle!)

Do you regularly paint your nails?

*This post may contain affiliate links. However all thoughts and opinions are 100% my own!