Something I never really thought about before becoming pregnant was diapers; for good reason, I didn’t need them…obviously. But as soon as I found out that I was expecting, the weight of how many different things you need for a baby (including diapers) hit me in the face like a brick. And also the fact that I have to wipe a tiny human’s buttocks.

I’m sincerely hoping that in toddler-hood she doesn’t decide to explore her diaper and spread shit everywhere… like this toddler (hilarious read, as long as it hasn’t happened to you!)

As my blog name may suggest, I’m pretty concerned about environmental impact and reducing the amount of waste we put into landfills. Disposable diapers (next to feminine hygiene products) are one of the biggest sources of household waste (at least, I presume.)

Now I’m not 100% sure how accurate the Earth911 website is, but their statistics show that households use about 2,920 diapers a year and about 7,300 diapers over the course of 2.5 years. That’s a heck of a lot of diapers that end up in the landfill. It also takes a disposable diaper 500 years to biodegrade; since disposable diapers were invented not a single one has degraded. They just pile up more and more. 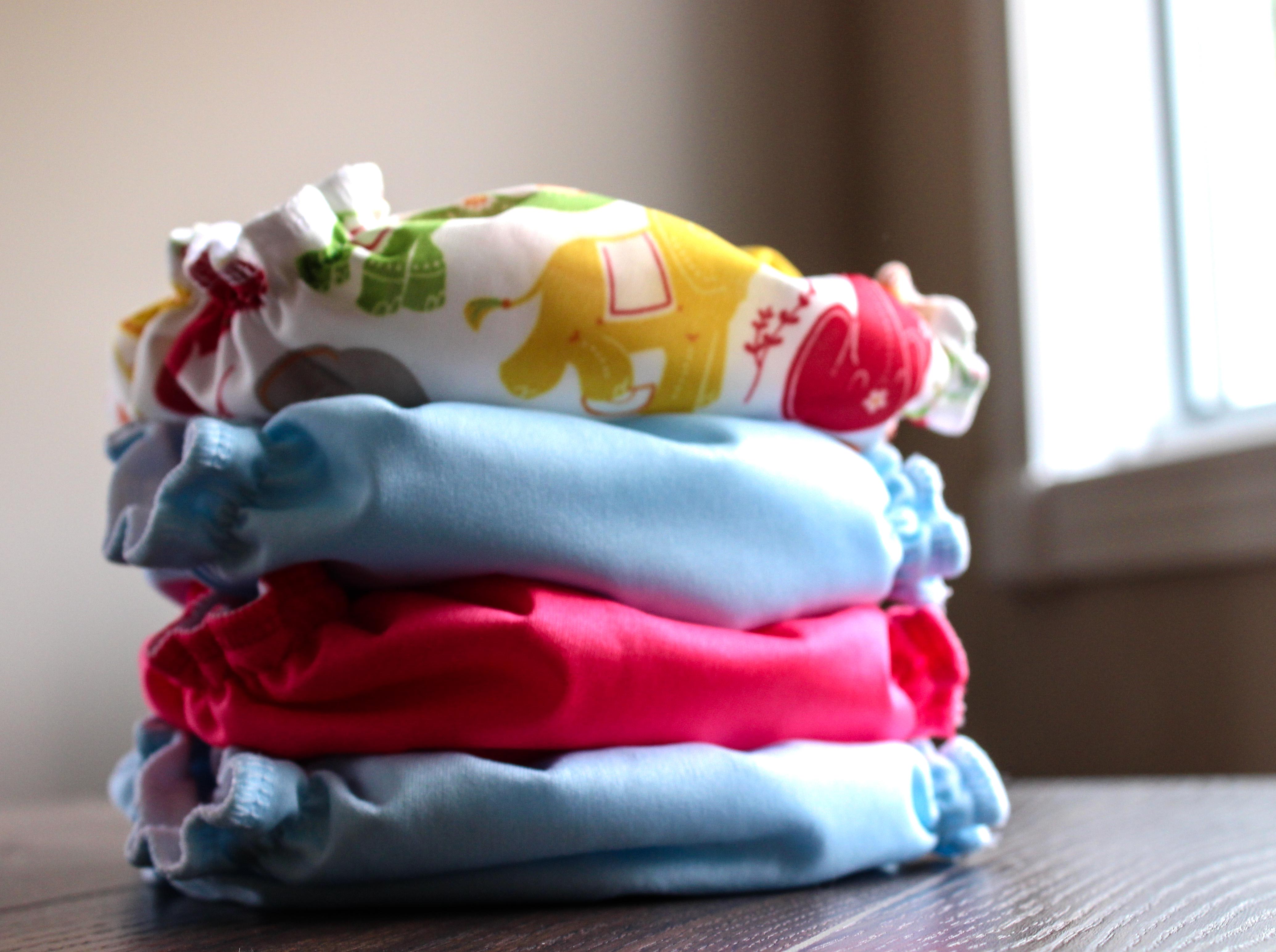 The upfront cost of cloth diapers is certainly much higher; you’re looking to spend anywhere from $300+ in order to start up your cloth diaper stash. When speaking to a lady who also uses cloth diapers for her children, she said you need about 25 diapers in the beginning and you can collect more as they grow or find prints that you like.

You can find pre-loved cloth diapers and they work just as well! As long as they’re properly cared for and washed then you can use them for multiple children. (unfortunately, I couldn’t find any near me…)

According to a few mothers I’ve spoken to; babies don’t particularly enjoy having sore bums (can’t blame them!) By using cloth diapers, babies tend to have less rashes. Now this is mainly because babies in cloth diapers usually need to be changed more frequently than babies in disposable diapers. It’s not a clear-cut thing, as I couldn’t find any solid statistics but I did hear from a cloth-diapering Momma that she’s only had three rashes on her toddler since birth (not sure if that’s an average amount or not…) But it convinced me!

A 1999 study published in the Archives of Environmental Health (source) links disposable diapers with VOC’s (Volatile Organic Compounds.) Now, because that study was published nearly 20 years ago there may have been changes in the way that disposable diapers are now manufactured – at least I hope! But it doesn’t change the fact that disposable diapers mainly consist of plastic (which can still off-gas.) I don’t know about you, but I’m not really into having plastic wrapped around my parts. (Yes, insert pregnancy joke here.)

This one is just personal preference, but I find that cloth diapers are cuter than disposables. You can get disposable diapers with cute prints but nothing beats the adorable ruffles on the Apple Cheeks cloth diapers. I just picked up some diapers with elephants, unicorns, russian dolls and cute colours like pink and baby blue. I am way too excited to see how they look on the little one cooking in my belly! 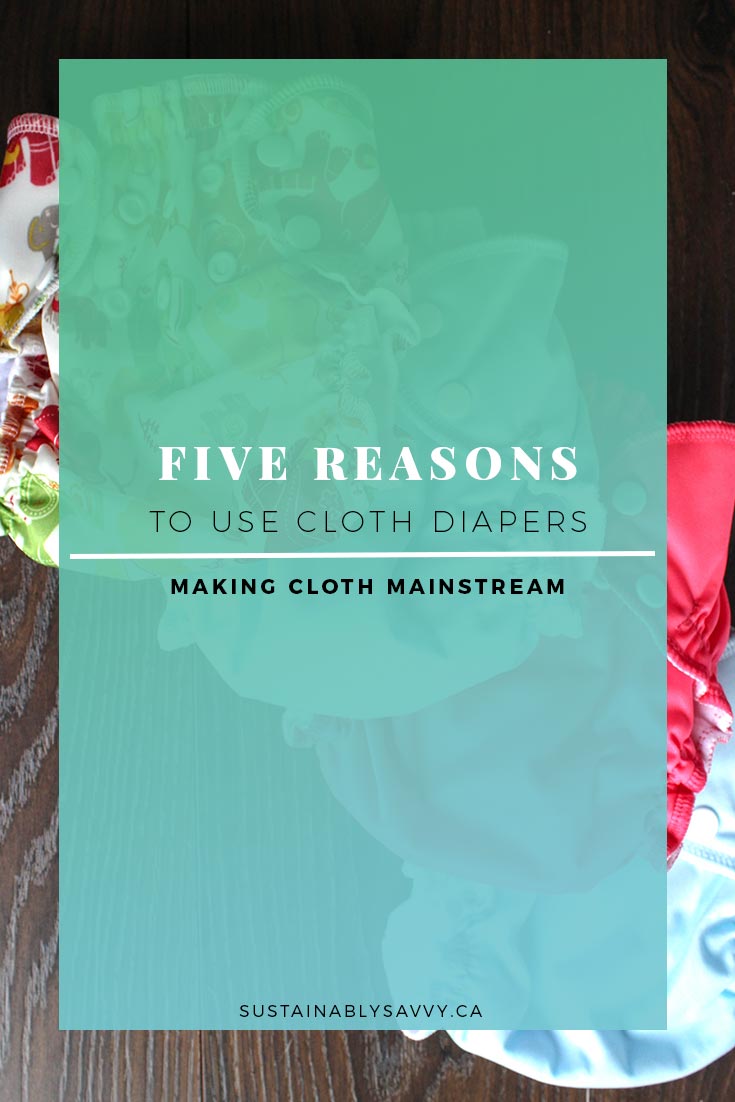 Of course, we can’t forget that there are some cons with cloth diapering.

Compared to a disposable diaper which you can use once and chuck, a cloth diaper requires more steps. You probably need to rinse it, throw it in the wet bag until wash day, wash and then re-stuff.

Cloth diapers can be tricky

Some brands just won’t work for your little one, that’s why it’s good to get a few different types and find out which works best. It all comes down to babies being different shapes and sizes. It certainly takes much more persistence to find a good cloth diaper for your wee-bum than a disposable might.

Cloth diapers may not be as travel-friendly

If you’re on the go a lot, then lugging around a bunch of dirty diapers probably isn’t appealing. You can get wet bags that are easy to fit inside your diaper bag but they may be more inconvenient depending on your circumstances.

All in all, cloth diapers have come a long way since our great-grandmother’s time. There’s so many different varieties and styles that can make cloth diapering so much easier (in fact, the options for different cloth diapers is overwhelming!) From pre-folds, pockets, all in ones to all in twos. Cloth diapers are definitely something to take into consideration!

If you’re a Momma, what did you choose?