The past fourteen weeks have flown by! With lots going on at work and in our day-to-day lives I cannot believe that we’re entering into the third trimester this week; so here we are for a little Second Trimester Update! This will be similar to my First Trimester Update post in case you’re curious 😉

I’m not going to lie, the second trimester has been relatively uneventful symptoms-wise. The first couple weeks (after the fatigue sort of went away) it was hard to remember I was pregnant. It wasn’t until my belly started protruding and the tiny little kicks began that I really felt pregnant.

It’s kind of scary in a way – the first couple weeks of the second trimester where you honestly just feel like you ate a really big burrito. Because you can’t really tell that you’re pregnant yet you still assume that you are. There’s nothing to remind you that pregnancy is still a thing unless you’re looking at the scale (which I may not recommend!)

The one and only bump photo I've taken!

Some notable symptoms during the Second Trimester (Don’t worry, I won’t hold back!)

And an unexpected social symptom of the Second Trimester

As stated earlier, I work in retail and I work on a commission basis. Meaning I kind of want customers in order to pay my bills! Something I’ve noticed a lot since I started to show was that people don’t trust you to sell to them.

I’ve had men and women ask for other male salespeople. This has never happened once before I was pregnant! I don’t really know what it is but I presume that people think you’re suddenly an idiot when you get pregnant. Yes, it’s true that the brain shrinks down to 60% it’s normal size throughout pregnancy but I didn’t get stupid over night!

If anyone can explain this phenomenon I would greatly appreciate it… 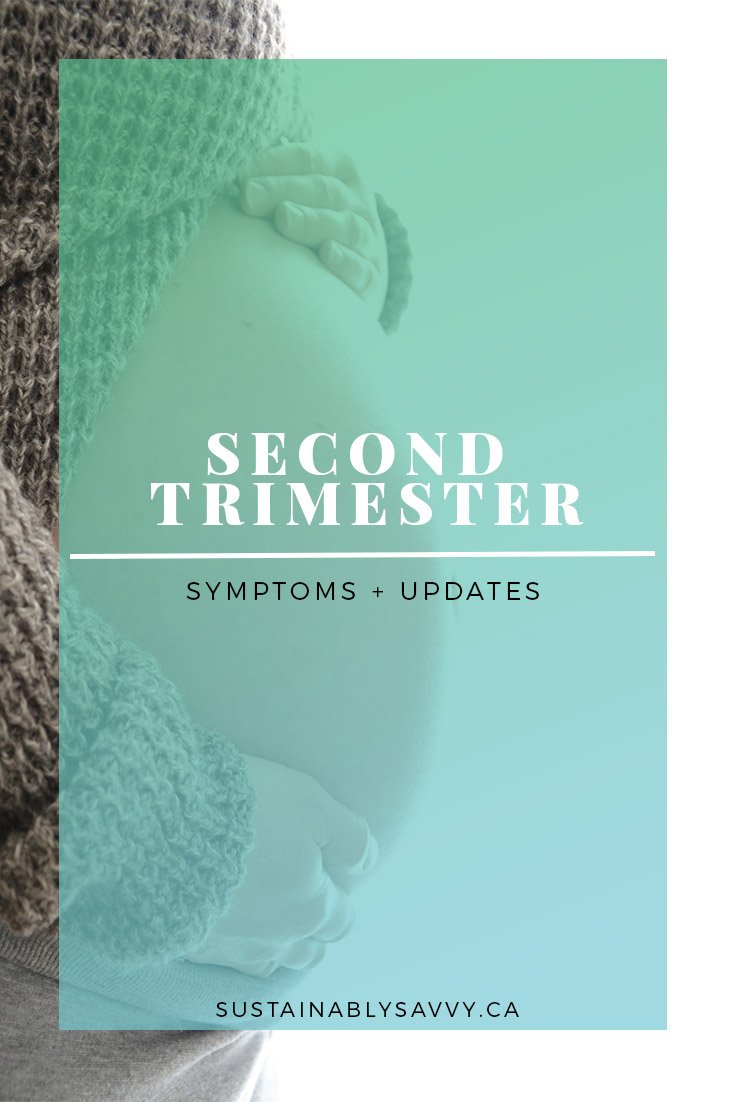 Some good things about starting to show your pregnancy

You can finally use pregnancy parking spaces! It’s so nice going to the grocery store and be able to park right by the front. However, I get irrationally upset when I see someone who is not pregnant nor with a child using these spaces.

People are more likely to hold doors for you – this could either be a pro or con depending on how you feel about someone opening a door. I’m a big fan of this because I’m a germaphobe and absolutely hate touching door handles.

Unrelated to pregnancy, but we bought our first house!

Another long post, but I really hope that it can be of help to someone who is going through pregnancy as well! Each pregnancy is entirely different so I hope that you’re lucky enough to avoid some of the symptoms I’ve had!