I know I sound like a broken record, but plastic is everywhere.

It seems like we have become almost ignorant and blind to it in our daily lives because we’re so used to seeing it. Just like news stories about shootings, it’s one of the things we have so unfortunately become accustomed to. Just another tragedy.

We’re living in a plastic crisis

This past week I’ve encountered more unintentional single-use plastic than I care to admit.

For some background story: my spouse and I went to a rock concert in Toronto. It was our second date baby-free since Madison was born and much needed. Overall, it was a fantastic night but…

Travelling can be the hardest way, in my opinion, to remain low/zero waste and avoid single-use plastics. Especially when you go to a concert and you’re not allowed to bring in refillable bottles for the fear that the drink stands will not be able to exploit you for a $5 bottle of water, which will then land on the ground in the span of 20 mins. Tossed away and forgotten.

But it’s not just plastic, its unnecessary added waste in general. Like confetti shooting out of a canon during a the concert. Yes, it looks nice, but when you’re in an outdoor amphitheatre next to Lake Ontario, how much of that is going to end up blown into the water? 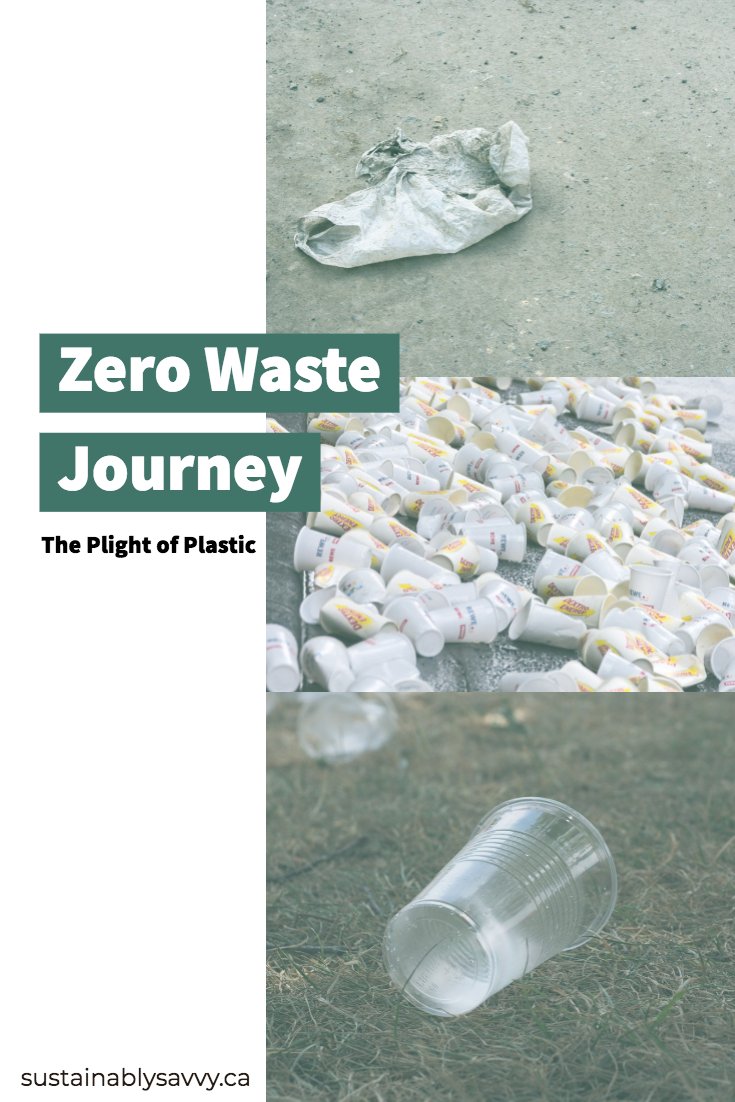 Is the plight of plastic fuelled by convenience?

Plastic isn’t the main source of our pollution problem, it’s our mindset. Our use of objects with no intention and no attachment which has fuelled the rise of convenience waste.

I’m not saying I am perfect…


This past week I have bought and used a $5 bottle of water, after 5 hours of being at a sweaty rock concert, I used a single-use plastic fork which HAD to go in the garbage because it was made from black plastic (thanks Chipotle) and I used a plastic straw, to my dismay.

But I also saw an amazing show, I lived in the moment of convenience. Without much of a second thought other than “what is one more plastic fork?”

That’s why it’s so easy to continue living the way we do. That’s why we need to change our mindsets, but it doesn’t happen overnight and certainly not without extra preparation.

You don’t have to be an anti-plastic preacher to make a difference. All that needs to be done is opening our eyes and seeing the pollution surrounding us. It wasn’t until I actively started looking that I realized just how much garbage is in our environment.

We live on a country road nowhere near the city, and each time I bring my daughter out for a walk I see countless water bottles, cans and discarded coffee cups (among many other sources of garbage.)

One piece per day can make a difference.

All you have to do is make an effort to pick up at least one piece of garbage each day and put it where it belongs. It’s a small step to cleaning and preserving our natural ecosystems that doesn’t require too much additional effort.

How are you making a difference?