I didn’t think I was hoarder – until I started packing and realized that I own over five deodorants. Why does someone need over five deodorants…considering I only have two armpits I don’t really know. But hey – I came up with a great idea to put each of them to the test! A new series called “Battle of the Pits” where I spend a week wearing one of these deodorants and then give you a full review. Who knew that deodorant could be so much fun? *crickets*

To give you a brief overview, all of these deodorants are natural or claim to be. Rather than anti-perspirant, I bought these because I want to stray away from carcinogenic chemicals like Aluminium- Oxide. On the docket we have:

Today we’re going to look at the Nivea Pure and Natural Deodorant in the lotus scent. To be entirely honest, I have no idea how much this one cost because I purchased it years ago… and I don’t know if Nivea even makes them anymore… I see that they’re available on Amazon but nowhere else. Oh well.

When someone owns a deodorant for over a year you can make the safe assumption that it’s not a great product. I would love to say that I’m perfect and never ever sweat… but that’s a filthy lie. Now I’m not dripping sweat on a daily basis, if the weather is hot and humid it is almost impossible to avoid. My pits will smell – fact of life, ladies and gents. 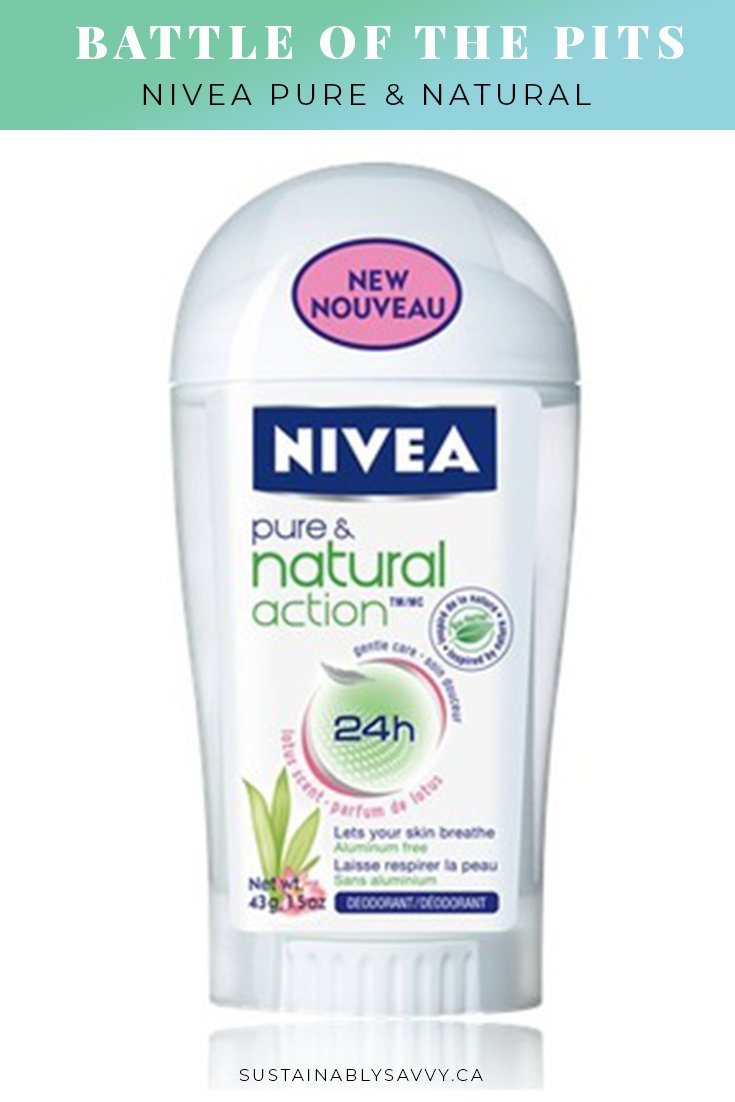 Let’s get into what’s in it

* fragrance can be any mixture of chemicals which could be concerning, but understandable in a deodorant.

What do I think?

As stated earlier, I’ve had this forever. I’m not very fond of it, the scent is okay in the stick but once applied on the body I find that it kind of accentuates the stank– if you will. Once applied it feels very wet and uncomfortable which is something I’d like to avoid as long as possible when putting on deodorant.

Would I repurchase? Hell no! I can barely get through four hours before I feel like a walking foot (I exaggerate, hopefully.)

Don’t fret though! We have quite a few other deodorants up for review just in time for the summer months. So if you’re looking for something a bit stronger… I’ll be your guinea pig.

NOTE: AS OF 2018 THIS DEODORANT HAS BEEN DISCONTINUED.