After learning about my pregnancy, I instantly went over to blogs to read about other women’s experiences throughout their pregnancy. It’s about being prepared, y’know? So I thought it might be a good way to keep track (for future reference) and possibly help others with their experiences.

I was already five weeks pregnant when I finally found out – I don’t know whether that’s a long time or not, but for me it felt like I hadn’t realized for such a long time. You think you know your body but it often throws surprises right at you.

Something I didn’t know about early pregnancy were the cramps; at first I thought my stomach cramps were from Irritable Bowel Syndrome. They were the most painful cramps I have experienced (I’ve yet to go through childbirth so that might change.) For about three weeks the cramps were relentless – it felt like there was a knife stabbing and twisting my stomach. I hate going to the doctor so I refused to get checked out.

After the second week of cramping I started to notice that my breasts were very tender which did raise a red flag. I googled the symptoms “cramps and tender breasts” only to find out that those are early symptoms of pregnancy, so it was time to go get a test. 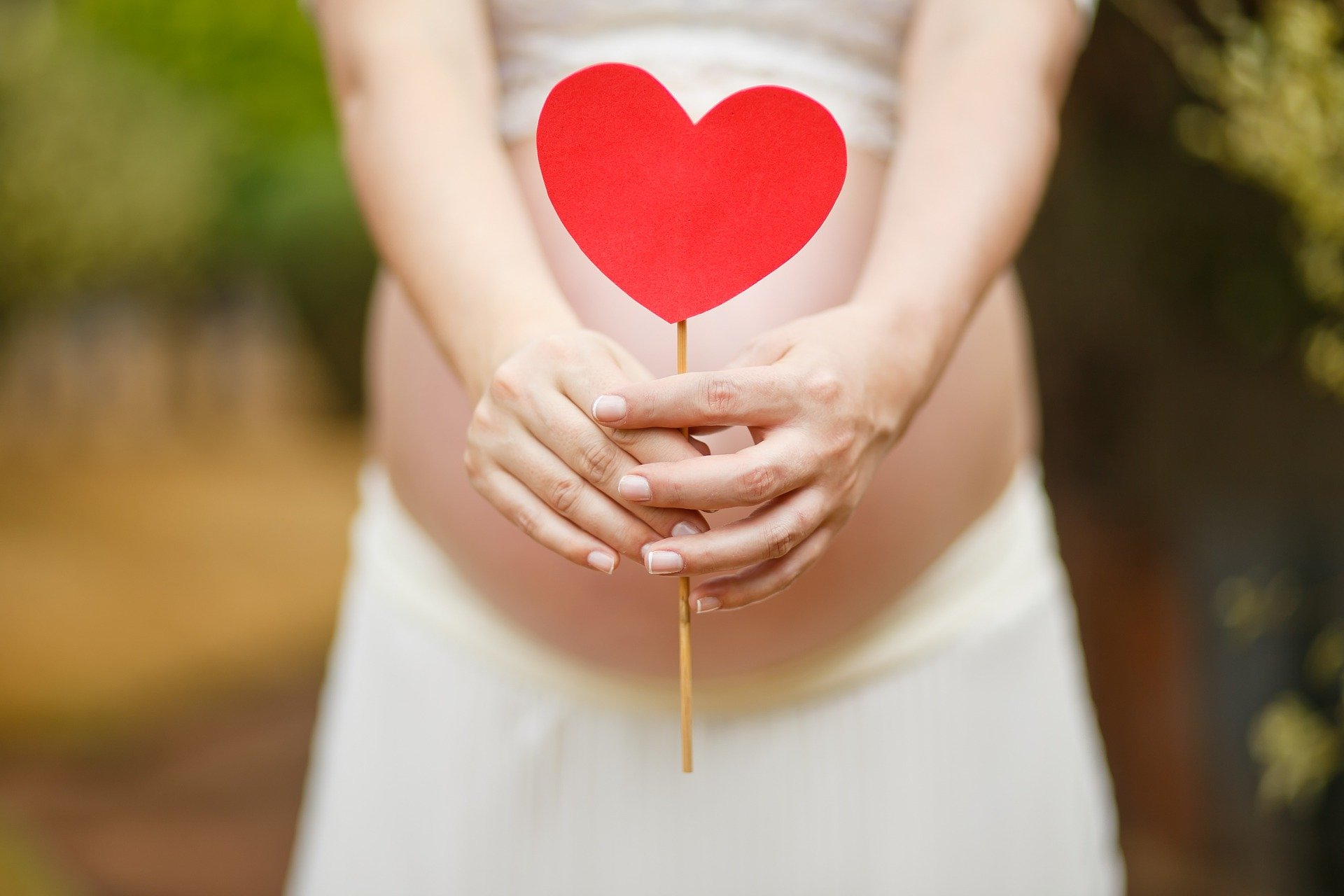 April 13 was the day we found out I was pregnant. It came as a huge shock because I was always told that it would be very difficult for me to conceive; both my Mother and I had/have Polycystic Ovarian Syndrome and very irregular periods (which is why the missed period wasn’t a big deal to me.)

In all honesty I always imagined this path of life that I was destined to take; start my career, buy a house, get married and then have children. When I learned about the pregnancy I realized that it completely flipped my life path inside-out. Still trying to find a career that I love, not owning a house and being unmarried I felt like a complete failure. How was I supposed to tell my parents the news? Would they be upset? How would my boyfriend handle it?

The day after finding out about the pregnancy my Mother passed away; that alone felt like a sword through my heart. I had lost the person that wanted to confide in most. The pregnancy felt like a nuisance after that – what am I supposed to do? What am I supposed to expect? I am lucky enough to have a caring boyfriend who has supported me throughout these crazy three months.

I am a planner; I like to be organized and go through life as I expect. When things are thrown at me I don’t know how to handle them. In a perfect world I would be working in a career that I love, owning a house and be married. In the real world though I work a job that supports me, we were able to purchase a house and I have a loving boyfriend who is there with me through thick and thin. I may not have checked the boxes with the same definition, but I am where I need to be.

It’s taken me a long time to accept where I am in my life. With an unexpected pregnancy I always thought that I would have an abortion. I know it’s a taboo topic, but that’s the mindset I have always had. Come the time that I was to get pregnant I wanted to make sure that I could provide for the child without worrying about money. I wanted to save up some money for them and be prepared; if I wasn’t ready I always thought that an abortion would be the easiest way to handle the situation.

Until I found out I was pregnant. After telling my boyfriend the news he instantly starting asking about names and the look of excitement on his face was so heartwarming. I am so lucky to have someone like that.

I just couldn’t have an abortion; knowing that there was a little heartbeat that was growing inside of me was a life that wanted to be lived. The timing with my Mother passing away was another loss that I didn’t want to go through – it may sound weird but I like to hope that my Mother’s soul has touched it in some way or another. (yes, it might be a bunch of hokey but that’s okay!) 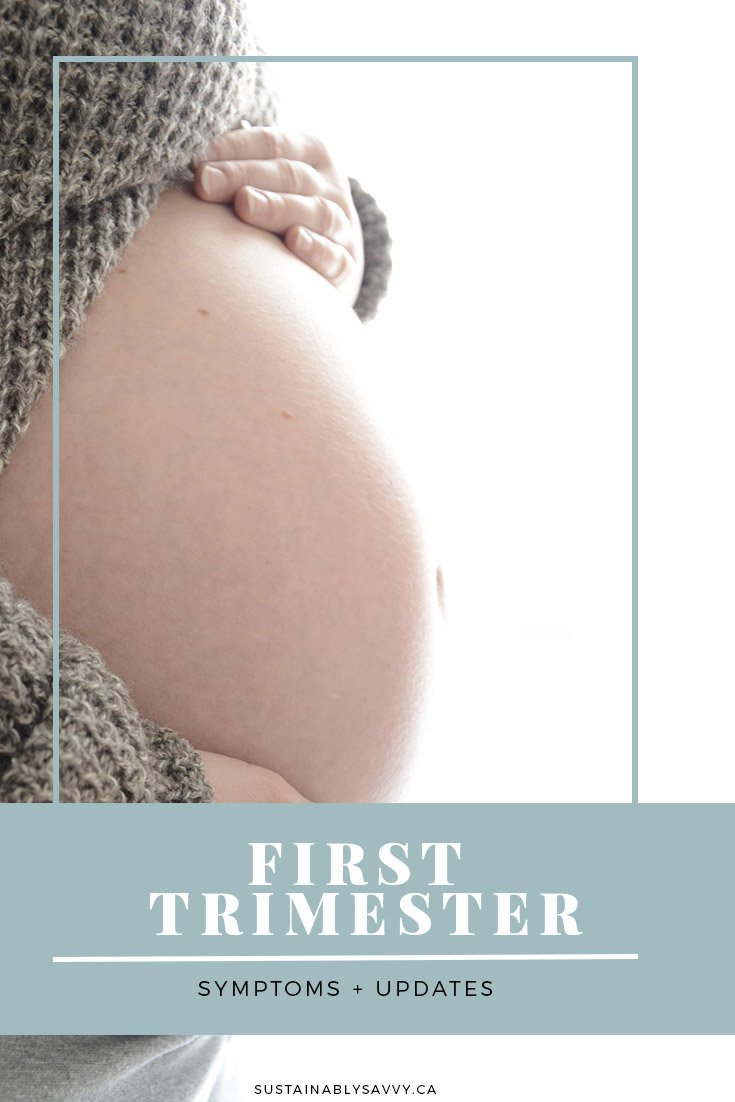 The Pain was Worth it

That’s what I keep telling myself. Those cramps were absolutely horrendous, although I’m 100% certain they won’t compare to childbirth at all. I was lucky to have no morning sickness and I never lost my appetite. In fact, during the first trimester I ended up gaining 10lbs (which you’re not really supposed to do.)

Constipation was a real problem as well. After introducing more fiber into my diet it has been better, but throughout the first few weeks it was very uncomfortable. Along with acne due to the hormone shift I haven’t really been feeling quite myself.

The fatigue is intense and awful; you can wake up and feel like you haven’t slept at all. I would come home from work at 5:30 eat dinner and be in bed for 7pm on some nights. At work I would feel extremely fatigued and I don’t know how I managed to get through the days. With only a 30 minute break I was unable to nap when I needed and wanted to. To be honest, a lot of the past three months has been spent sleeping when I can.

At 5 weeks we found out I was pregnant.

At 12 weeks we had our first ultrasound and saw the little heartbeat growing.

At 14 weeks we were able to hear the heartbeat for the first time.

I did not expect this post to be so long, but here we are! I hope that in some way this can be helpful for someone else who is expecting to be pregnant or is currently expecting. I have been so incredibly lucky to have a fairly easy first trimester (symptoms-wise) other than fatigue, constipation and cramps it’s been a total breeze. Here’s hoping that my energy can come back in the second trimester so I can enjoy the sunny days!

If you’ve been through pregnancy before, how was your first trimester?