It seems when you’re expecting a child people are quick to tell you that you’re probably going to be a zombie from lack of sleep for a few months (which is totally true, unless you have an angelic baby that sleeps throughout the night at two weeks!) But they fail to tell you a number of other things to expect as a new parent…

10 Unexpected Things to Expect as a new Parent

Newborns go through a lot of diapers, or at least mine does. Even after three weeks we’re changing her diaper at least every 1 1/2 hours. Make sure to stock up if you’re using disposables! For the first couple weeks we were probably going through 15-20 diapers a day. Including those fun times where you remove the diaper and then the baby decides to dirty the brand new diaper you’ve literally just placed under their bum.

I overestimated how big my baby was going to be and all of the cloth diapers we own weren’t able to be used until she was three weeks old! If you’re planning to cloth diaper then it might be a good idea to invest in some newborn-sized diapers as well as the one-size. Oh, and get lots of inserts.

If you’re planning on breast feeding make sure to get a good stash of breast pads. The first night after my milk came in I woke up in a pool of breast milk in my bed! If you’re using reusable cotton pads I would recommend at least having two pairs per day. Keep some extras at your bedside too, because milk production seems to be at its heaviest around 11pm-7am. 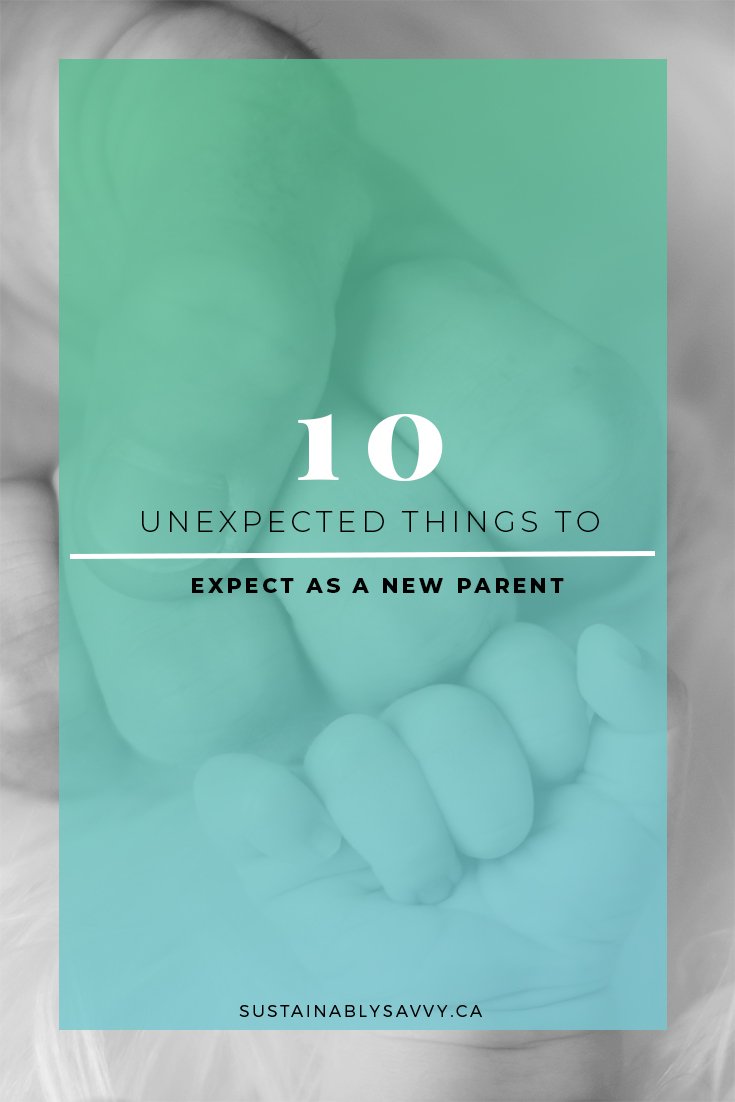 Expect to feed your baby non-stop for the first couple days and then at one week old; these are called cluster feeds and it happens when the baby hits a growth spurt. This is both bad and good (because you’re probably not getting much sleep but it means baby is growing!)

When you’re breastfeeding I recommend folding a receiving blanket into your bra to catch any milk that spills from baby’s mouth – this prevents you from getting an awkward wet patch and smelling like sour milk at the end of the day.

Invest in a Baby Swing or Carrier

Because realistically you’re not going to be able to hold the baby the whole darn day. At some point you’re going to need to get up and use both your hands.

My baby doesn’t really enjoy the baby swing yet because she’s still quite small, but the Boba wrap has been working really well! She’ll nap for a couple hours in there – which leaves lots of time for you to do laundry or just sit and watch tv while enjoying some snacks (with two hands!)

If you had a natural childbirth it’s likely that you’re going to need to strengthen your bladder – do some kegels while nursing your baby.

What might work one night might not work the next; you’re going to be doing a lot of experimenting when it comes to getting your baby to sleep.

At first my partner and I traded off our baby and let each other catch some z’s but after a while it started getting difficult. We tried co-rooming by placing our baby in a playard/bassinet but she wasn’t a huge fan of it. Then we tried a rocking cradle, sometimes it works and sometimes it doesn’t. No two nights are the same and it’s always a matter of figuring out what your baby will want.

So far I’ve found that my baby sleeps best in the bed beside me – it’s not recommended… but when you’re exhausted you gotta do what works best for you!

Newborns can’t stay up much longer than 1-1 1/2 hours before they start to get overtired. You don’t want to let them get overtired! However, if they do then we’ve found that rocking them and turning on white noise really can help to get our baby to fall asleep. 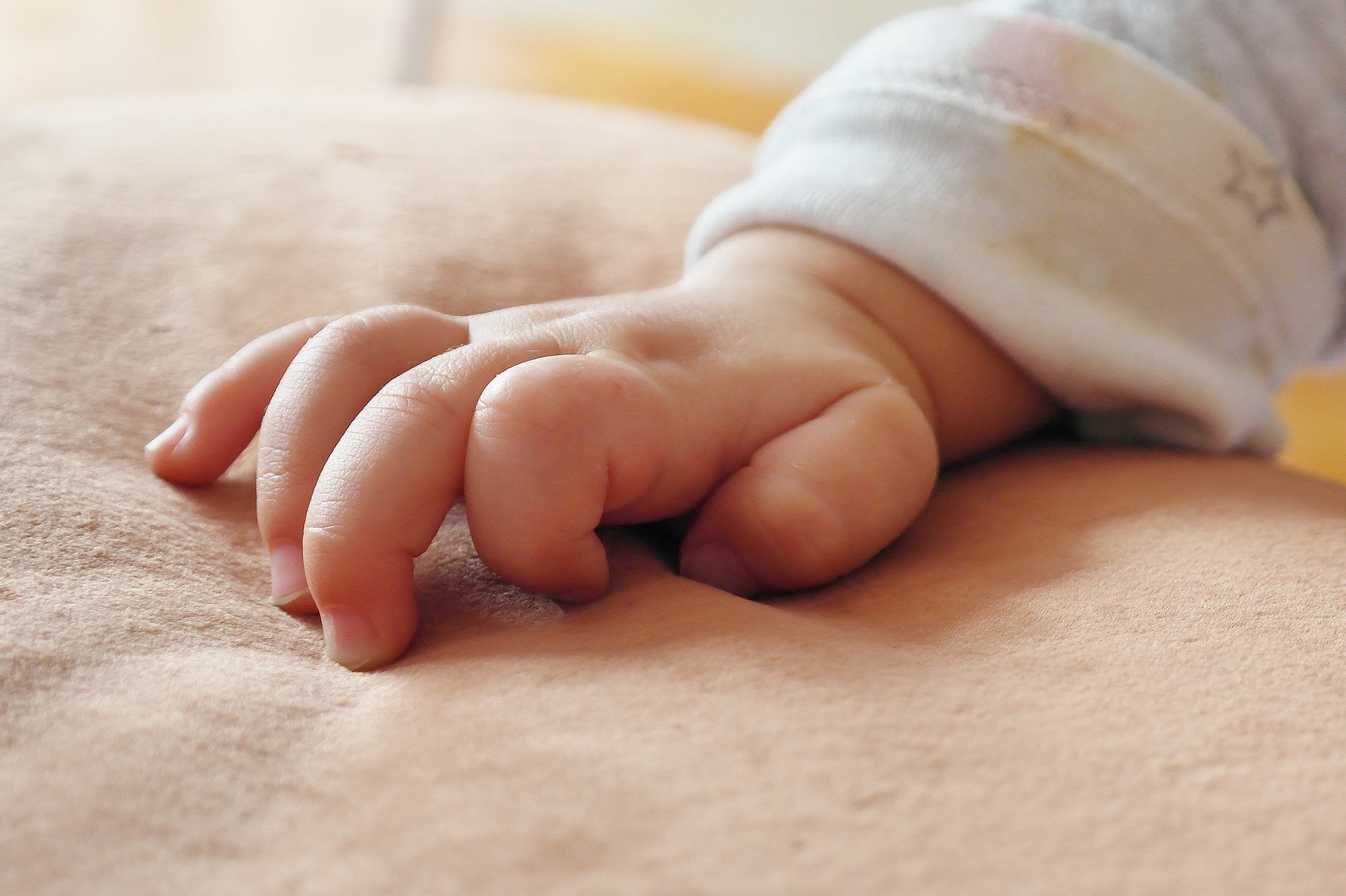 Wipe Warmers probably aren’t necessary in a warm climate, but if it’s winter time they help keep baby from crying during late-night diaper changes. No one likes a cold wipe on their bum right after waking up! (We got ours second-hand from one of our friends and I’m glad we did!)

Track your Feedings and Changes

For the first couple days the hospital will probably ask you to track when your baby is eating and soiling their diapers. An easy way to track their stats is by using an app on your phone – I use one called Baby Tracker. It records how long each feed is, helps remind me which breast baby nursed off of last and how many pees or poo’s baby has had.

Plus, it’s weirdly satisfying to look at the charts!

It’s okay to be paranoid, but not too paranoid.

I remember reading blogs about what to do after baby was born and plenty of them said to take their temperature multiple times a day. You don’t need to do that. You can feel your baby’s forehead with your wrist and if you feel that they’re too hot then you should check their temp. Otherwise you’re going to go crazy!

When new people meet your newborn they may not think to wash their hands or stay away when they have a cold – it’s okay to ask them to wash their hands or ask if they’re sick (or been around someone who is sick!) The last thing you want is your newborn to get a fever. Don’t feel like you’re being paranoid, it’s better to be safe rather than sorry!

And that’s that! 10 Unexpected things to expect as a new parent – hopefully this helps prepare your for your little one… or was just an interesting read!